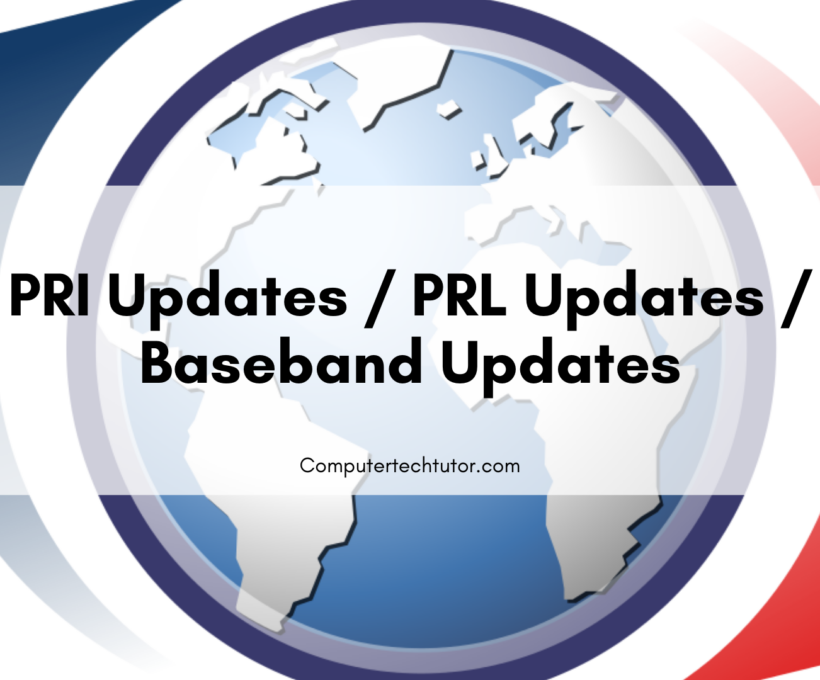 PRI stands for Product Release Instructions. These are radio settings such as ID numbers, network codes, country codes, etc that tell your mobile device exactly how to use the wireless network. PRI Updates are generally invisible to the user and are updated over the air (OTA).

PRL stands for Preferred Roaming List. PRLs are common to CDMA networks like Verizon and Sprint in the United States. This list lets your phone know which tower it should communicate with. Updates to the PRL are generally done over the air (OTA) but may be done manually.

The baseband radio has it’s own memory and firmware, and is proprietary. It has a real time operating system which sets a priority to allow you phone to communicate over that cellular network.

Occasionally the baseband radio firmware needs to be updated. This update can be done over the air (OTA). The update is usually invisible to the user, but sometimes a message will appear saying the radio has been updated for your cellular network.