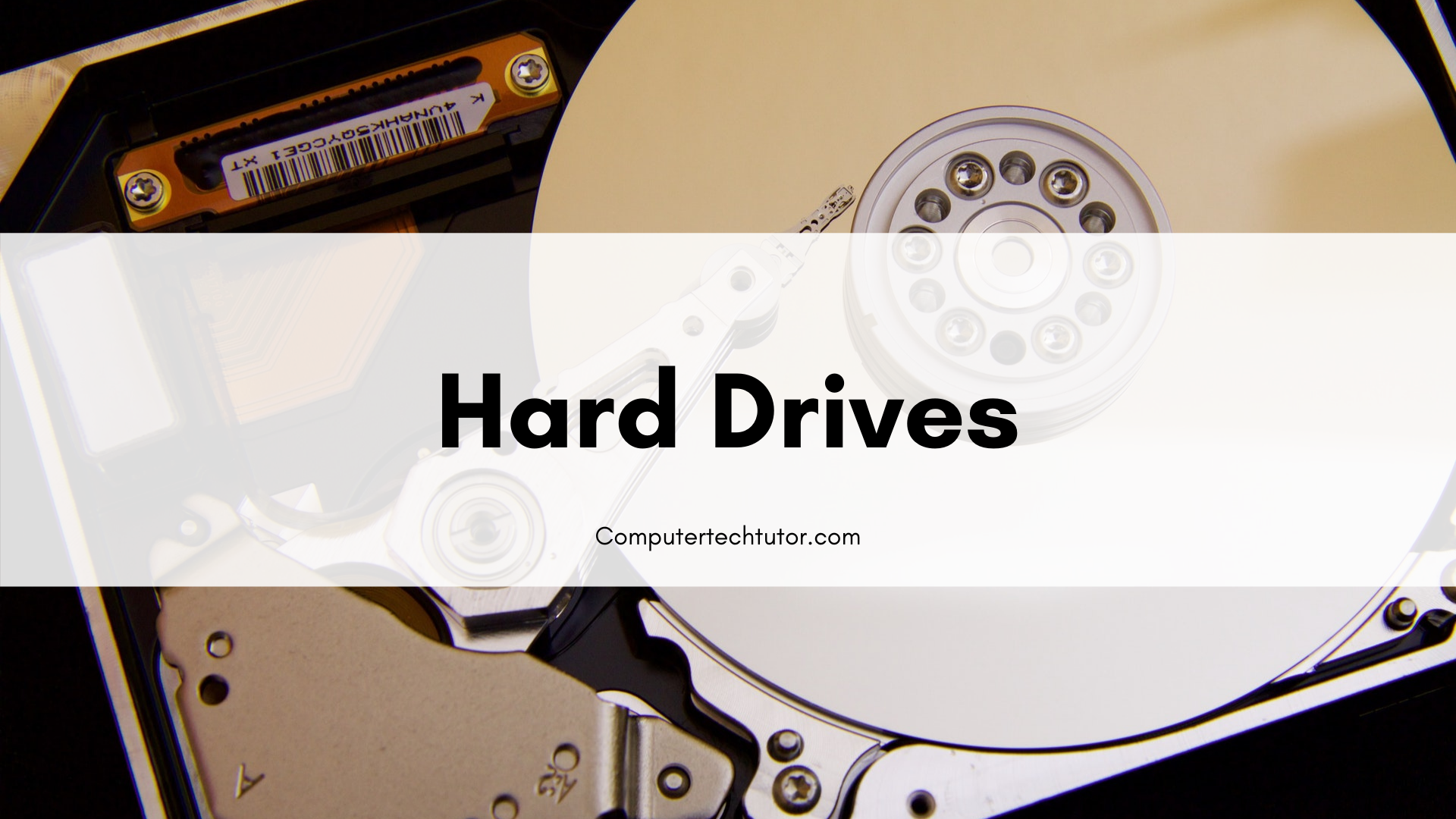 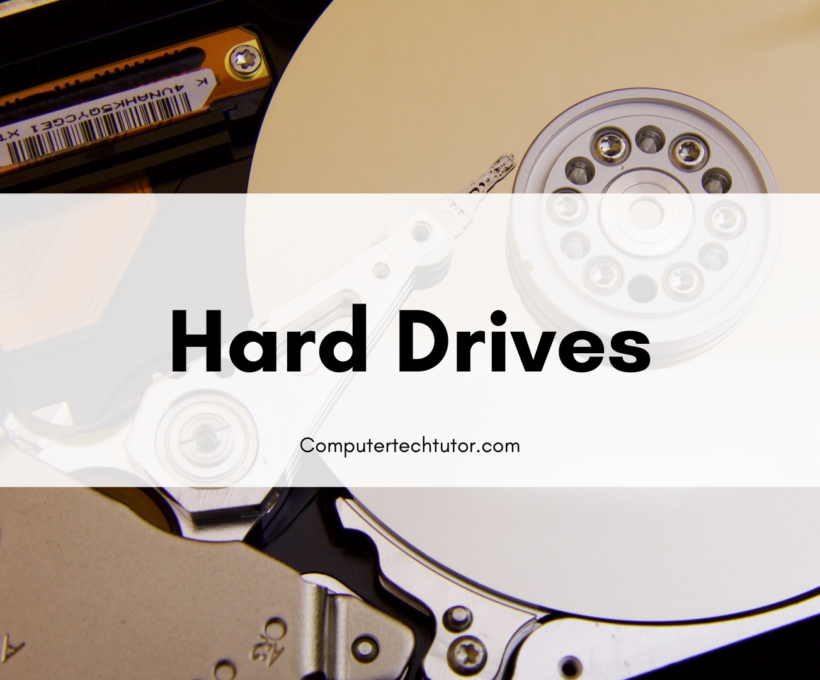 The CompTIA 220-1001 objectives want you to know how replace a laptop hardrive as well as know the difference between SSD vs. hybrid vs. magnetic disk, which we’ll cover below. It also lists hard drive form factors of 1.8 inches vs 2.5 inches.

This a random access storage meaning that you can access any data from any part of the drive at any time.

There are many moving parts which limits the access speed and also are more prone to break.

Inside a magnetic disk hard drive is a spinning platter, that spins around a spindle. There’s an actuator arm that moves the arm back and forth over the spinning platter. The head on the arm reads the information on the platter. The faster the platter spins, the faster you are able to read the data. Therefore for a data center you’d use hard disk drives with a rotational speed of 15,000 RPM which produces about 2 ms latency versus a 5400 RPM which produces about 5.55 ms of latency. 5400 RPM may be suitable for desktop or laptop workstations. The higher the rotational speed the greater the monetary cost.

For a more detailed explanation of how a magnetic drive actually works, take a look at the below TED Ed video:

Solid-State drives are so called because they have no moving parts. They use semiconductor flash memory similar to USB flash drives. Because there are no moving parts, they are much quieter than traditonal magnetic disk hard drives. They also provide faster access time and less latency.

SSDs come in 2.5 inch and 1.8 inch form factors. However, SSDs may also come in mSATA and m.2 form factors which are much smaller and allow you to mount them directly on the motherboard.

A hybrid drive is the middle ground between a traditional magnetic hard drive and an SSD. This type of drive is known fully as a Solid State Hybrid Drive (SSHD). It’s called a hybrid because it contains spinning components like a traditional magnetic hard drive but it also contains solid state components like you have in SSDs. The SSD portion is used to cache the data. So you can write to the SSD cache portion very quickly, and then in the background the cache is writing to the hard drive as you do other things.

Replacing a laptop hard drive generally requires you to remove screws from the back of the laptop to access the hard drive. You may have to remove data cables and power cables. Generally these might be SATA cables.

Example of how to replace a hard drive: